The Witness to War Foundation is a non-profit 501(c)(3) and was founded in 2001 by Atlanta-based entrepreneur Tom Beaty. The Foundation is dedicated to capturing the stories of individual combat veterans.

It is about the 'foxhole' or ‘windshield’ view of combat as seen by the soldiers, sailors, and airmen who experienced it. It is about the fear, the emotions, the training, and the previously untapped wells of personal courage that enabled ordinary individuals to survive, and in some cases thrive, under extraordinary pressures and almost unimaginable danger.

The Witness to War Foundation is dedicated to understanding, as much as possible, what it was like to 'be there.'

With the veteran’s permission, all of the content collected by the Witness to War Foundation will be donated to the Library of Congress Veterans History Project. Veterans and their families are provided free copies of the full length interviews.

" The Witness to War Foundation continues to build an impressive and informative archive of veterans’ interviews. In our eyes, it is the most extensive collection of combat narratives in the nation with nearly 1,500 video interviews. " – Bob Patrick, Director, Veterans History Project, Library of Congress.

HOW WAS WITNESS TO WAR STARTED?

Tom Beaty, founder of the Witness to War Foundation, never served in the military but grew up with a fascination for WWII and later for combat in general. Whenever he came across a veteran, he would ask them about their war experiences.

In 2001, he discovered a group of 150 veterans called the Atlanta World War II Roundtable who met monthly to share their war experiences. Tom was stunned to discover that most of the members had never recorded their stories. He went to bed that night thinking, “somebody better record these stories before it’s too late.” The next morning he bought a video camera and launched the Witness to War Foundation in his spare time, despite having no video or audio expertise.

In 2002, Tom quit his consulting job and started Insight Sourcing Group, a procurement-related consulting firm, out of his basement. In 2008, the business was named one of the Top 500 Fastest Growing Companies in the U.S. by Inc. magazine. As the business grew, so did the non-profit Witness to War Foundation.

Today, the Witness to War Foundation resides in the offices of Insight Sourcing Group in Atlanta, Georgia. It has become one of the largest private combat veteran preservation organizations in the United States. The Foundation has captured over 1,500 stories (and counting) on digital video from veterans of WWII, Korea, Vietnam, Panama, Grenada, Iraq, Afghanistan and other conflicts.

The Atlanta World War II Roundtable still meets every month and its meetings are often ‘standing room only.’ 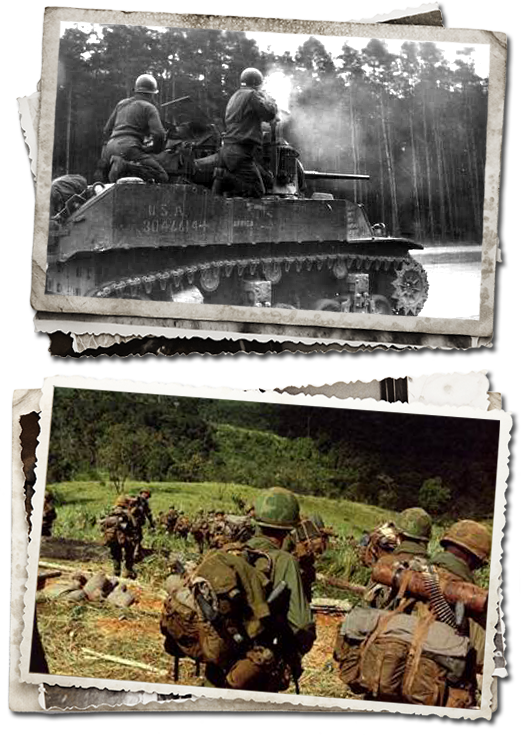 As a First Lieutenant fighting in North Africa in World War II, LT Souther received a Silver Star when his armored vehicle was disabled by enemy fire while exiting a wadi in Tunisia in 1943. After evacuating his men on foot, he stayed on the radio under direct enemy fire to call in artillery strikes on what turned out to be a collection point for the enemy massing for an assault. His bravery thwarted the attack and resulted in as many as 500 enemy casualties.

LTC Souther was in his 80s when interviewed for this project. Despite his age and relative fragility, his strength of character and natural leadership skills came through clearly. He adopted Witness to War as his own, cajoling reluctant vets throughout the North Georgia mountains to attend interview days he personally coordinated. 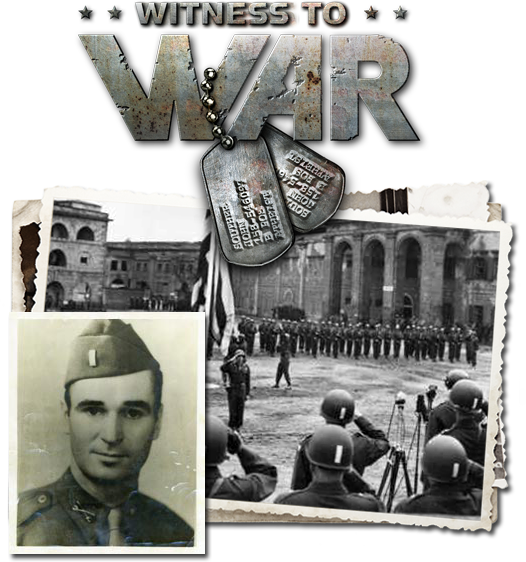